Three artists we commissioned for Columbia Journalism Review have been selected for American Illustration 39. Two pieces by Jackie Ferrentino and one by Jon Han will appear in the print collection, and a piece by Axel Rangel Garcia will appear online. Congratulations to Jackie, Jon, and Axel! 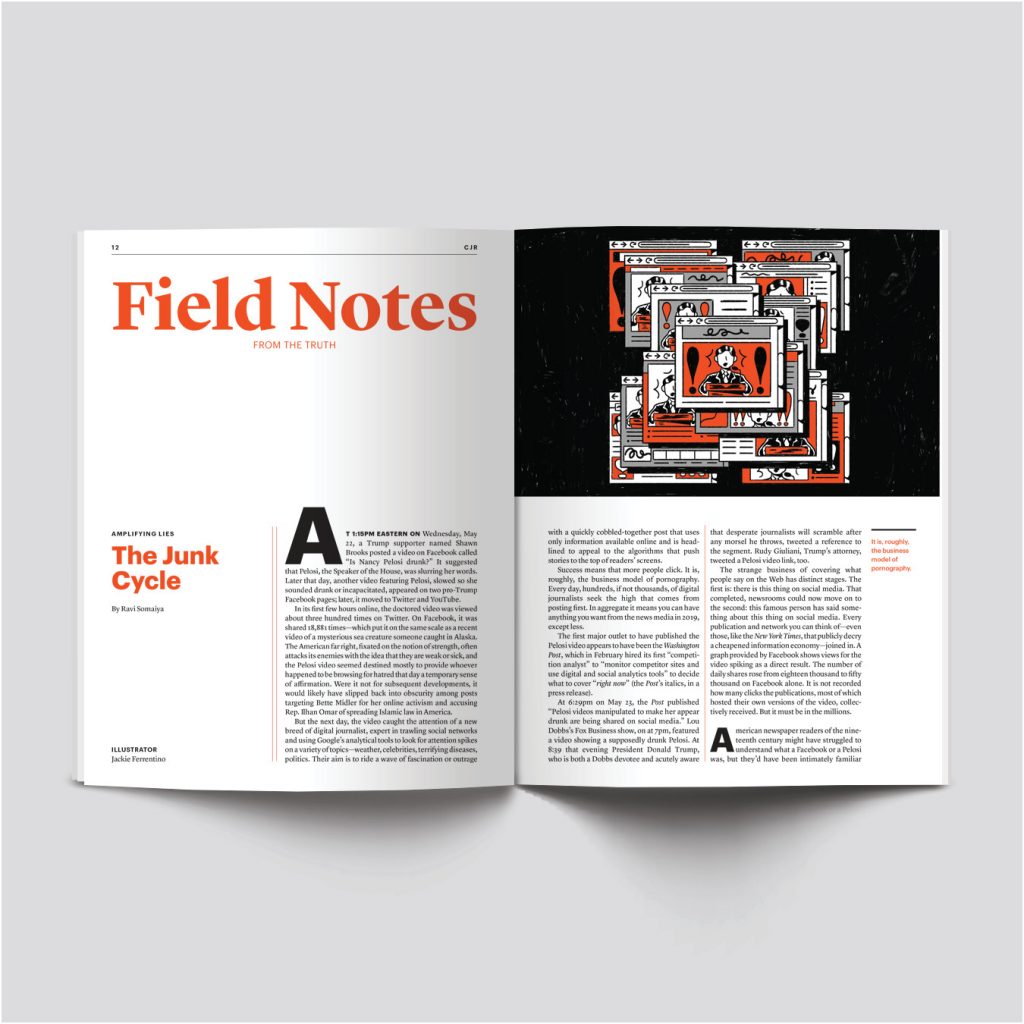 Jackie Ferrentino illustrated the cover and much of the interior of the Fall 2019 “Disinformation Issue.” Her two winning illustrations appeared in the columns section, alongside writing on how the media amplifies disinformation from the web, by Ravi Somaiya, and on rumors, by Larissa Pham.

Jon Han’s winning illustration appeared in the Spring 2020 “Climate Issue.” It accompanied a feature article by Mary Cuddehe on how the public usage of 5G may hinder data collection and subsequent reporting about the weather. 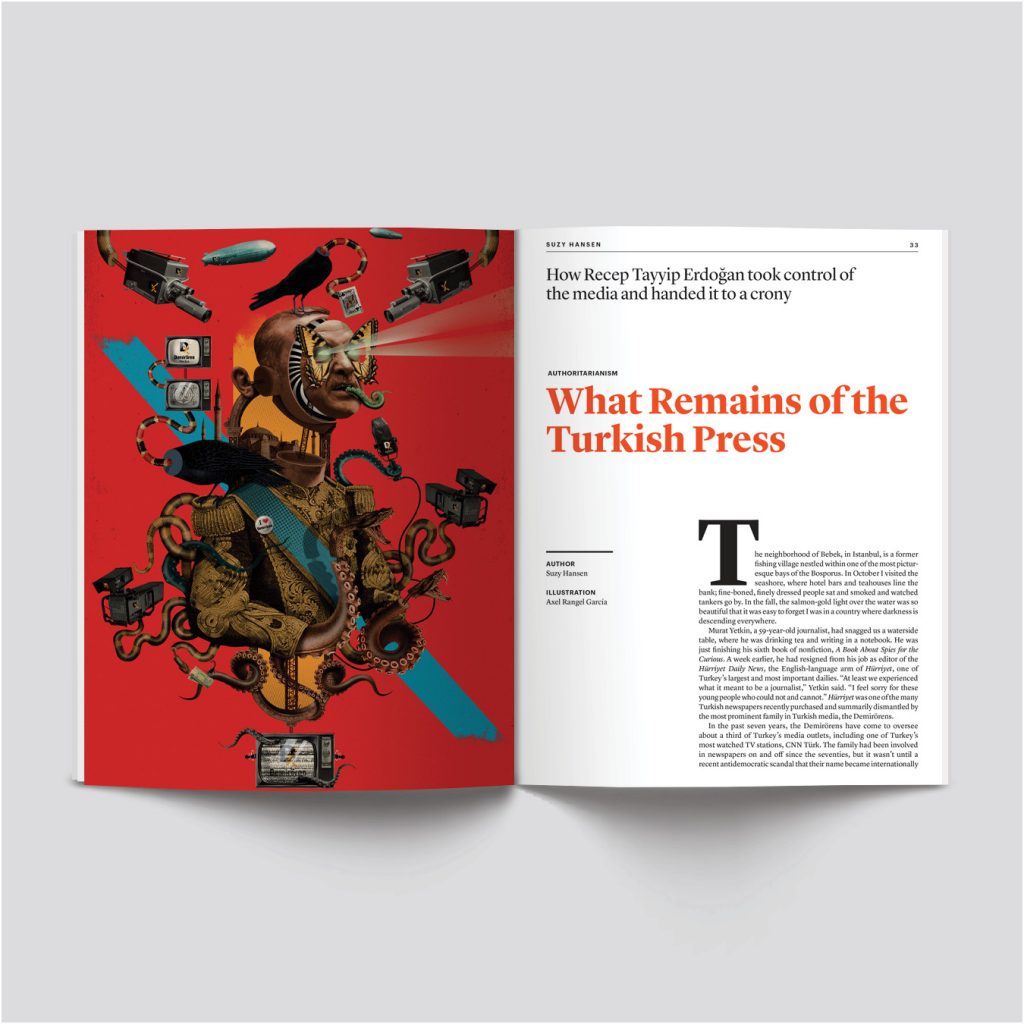