The Redesign History of The Paris Review
JANUARY 21, 2016 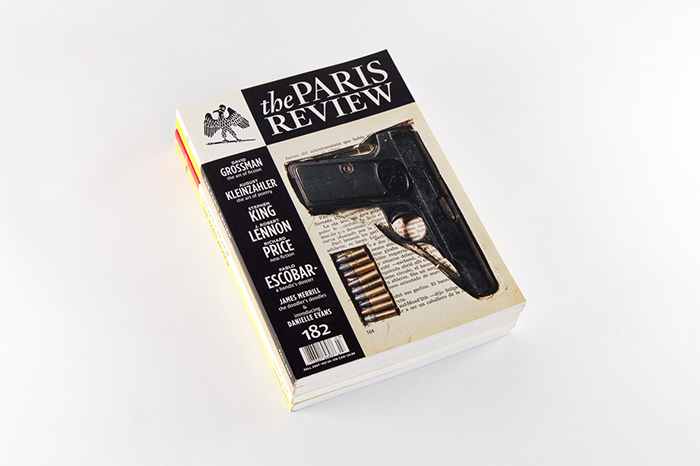 We’re honored to be a part of The Paris Review’s storied design history. The AIGA’s blog Eye on Design published a piece on how the literary magazine has managed to stay relevant for over 60 years. The answer: Redesign, Redesign, Redesign.

Under Point Five’s direction, issue 182 of The Paris Review  became the first to be shortlisted for an SPD prize alongside Wired  and The New York Times Magazine. The cover featured an image of drug lord Pablo Escobar’s confiscated gun hidden inside a book. The new look and visual attitude meant it was treated as if it were a major newsstand title, not a maverick literary publication.

The article was a welcome opportunity for Alissa to reminisce about the studio’s five year collaboration:

“Philip’s vision as editor was to introduce more non-fiction and photojournalism into the publication,” she continues. “Our vision was therefore larger in size than the original format. We wanted wider margins to create more breadth for the reading experience.” Their relaunch issue, number 174, featured a photograph of Salman Rushdie as a toddler on the cover. “It captures a moment of innocence, yet alludes to the intensity of his life to come,” says Levin.

Read the full piece here. See more of our print and digital work with The Paris Review here.