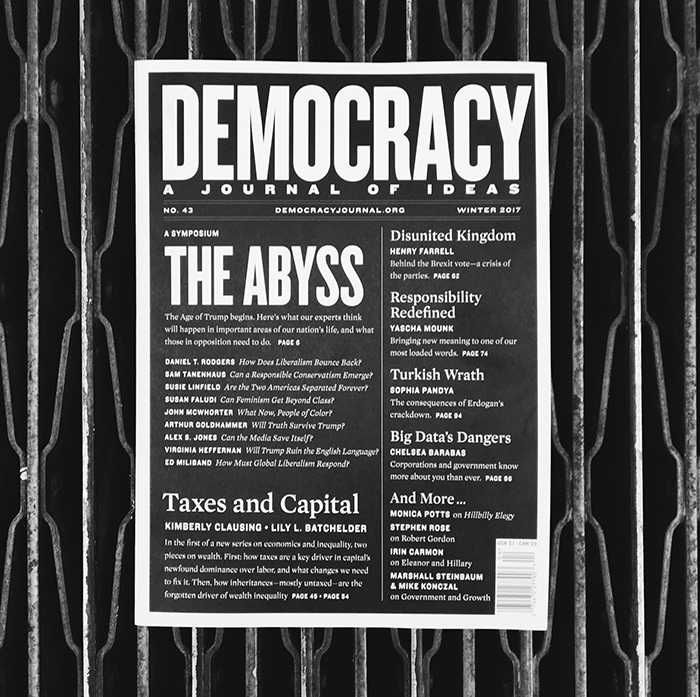 The latest issue of Democracy: A Journal of Ideas arrived in the mail today. You can find the entire symposium online.

A note from the editors:

It’s been an unusual time in American politics, to say the least. So Democracy is doing something a little unusual in turn. We’re releasing, a month early, our entire Issue #43 symposium on where America — liberalism, conservatism, language, feminism, even truth itself — goes after Donald Trump’s ascendance. Historians, journalists, even the former leader of the UK’s Labour Party weigh in. We hope you enjoy it. (And if you do, consider subscribing or donating.)