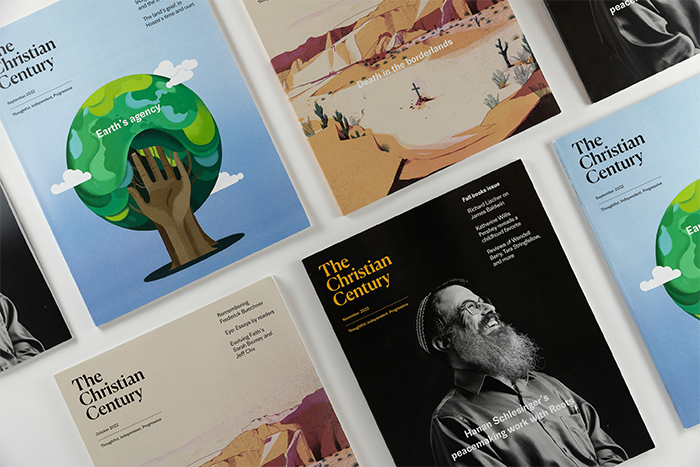 The Christian Century is a progressive, ecumenical magazine committed to thinking critically and living faithfully. Founded in 1884 and published under its current name since 1900, the Century explores what it means to believe and live out the Christian faith in our time.

In a close collaboration with the editorial team, we reimagined the Century as a monthly magazine with a more impactful presence. The new look and feel prizes clarity, with an open, inviting aesthetic.

An effective redesign always brings up the core questions of a magazine’s identity and mission. As we began to engage this project, we launched into deep discussions with the Century team about what the magazine is, how it relates to its history, and what it wants to say in the contemporary landscape of religious thought leadership. We helped the editors hone in on language that articulates the publication’s purpose in a clear-eyed, powerful voice—one that isn’t afraid to take a position, while remaining open to all denominations. Three adjectives rose to the surface, and became the magazine’s new tagline.

We started the redesign process by giving the magazine a structural overhaul. As it stood, the reading experience was overwhelming: the magazine contained many departments without a clear navigational system, and different content types were indistinguishable. Because the magazine was shifting from a biweekly to a monthly format, our challenge was to streamline its contents while creating space for even more material in each issue.

To start, we established two flexible new grids to accommodate the needs of different departments and create variety between the magazine’s sections.

Then, working with the editors, we restructured the contents by combining some departments, removing others, and renaming the rest in a consistent format. We introduced section openers that orient readers to the contents of two key sections, Voices (columnists) and Books (cultural criticism). Throughout the magazine, a bold corner notch introduces the start of a new department, making it easy to navigate between content types. 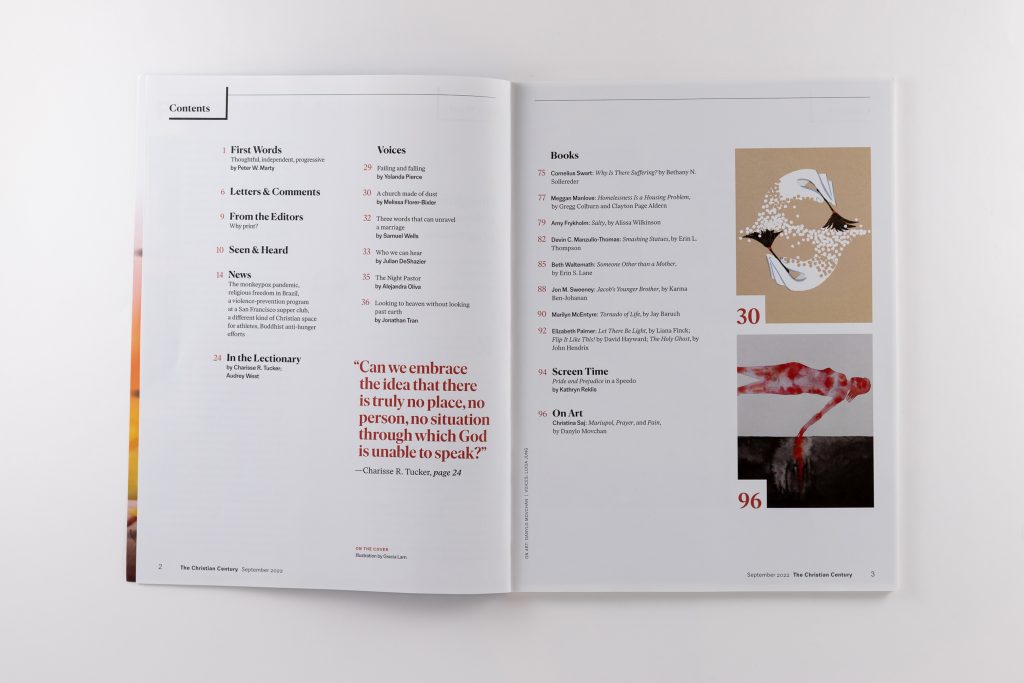 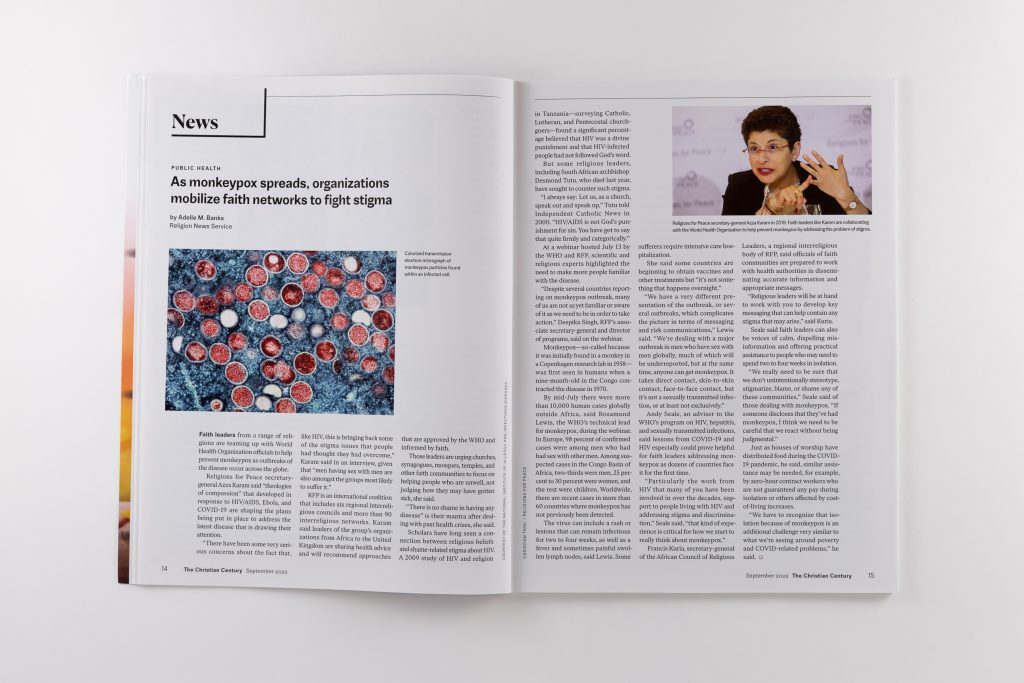 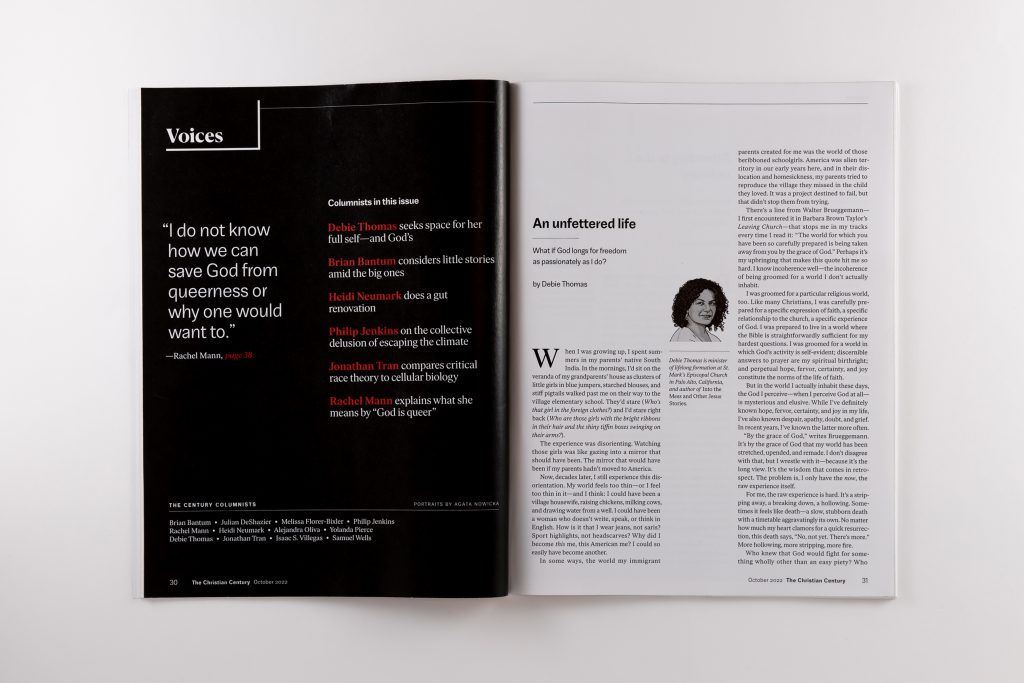 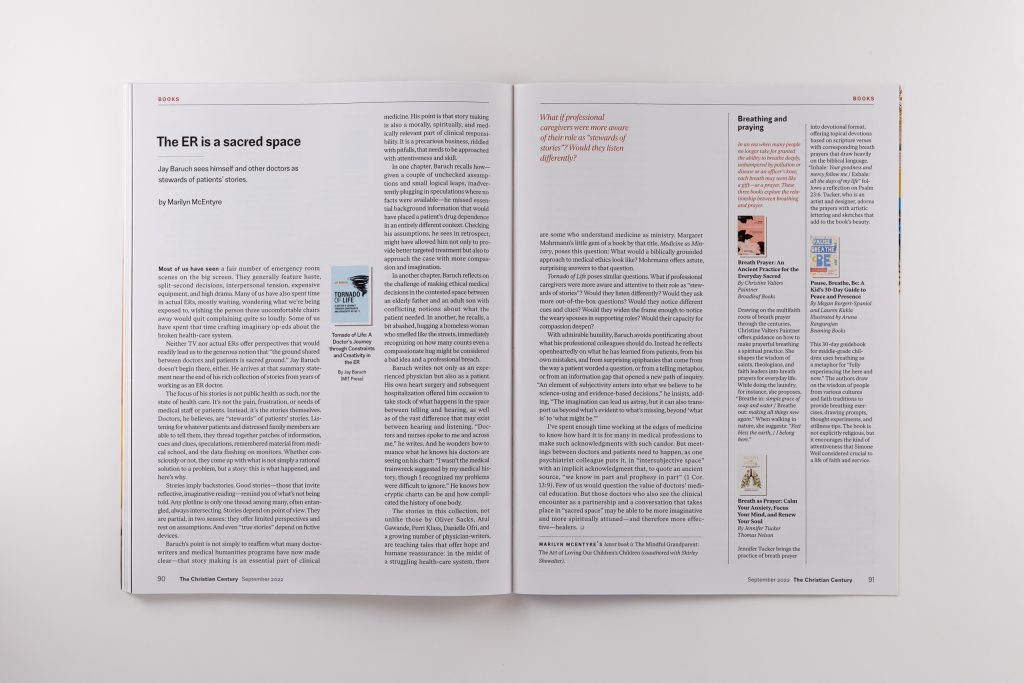 Above all, we aimed to create a magazine that could stride confidently into its next hundred years. While the name Christian Century recalls the hope of an earlier era, when it was believed that Christian values would guide the world into modernity, the magazine in reality faces a different landscape today. We wanted the Century to take up the space it deserves, with its thoughtful, articulate, and inclusive interpretation of Christianity’s contemporary and future contexts.

To accomplish this goal, we worked to make every element of the magazine feel intentional, assured, and open-hearted. We selected a combination of serif and sans serif typefaces to create an interplay between classical and modern. The text is visually approachable, and the pacing prioritizes reflection over urgency. An increased focus on illustration and photography adds new perspectives, and suffuses the magazine with feeling. Altogether, the magazine speaks with a stronger voice—to the benefit of religious discourse in the 21st century. 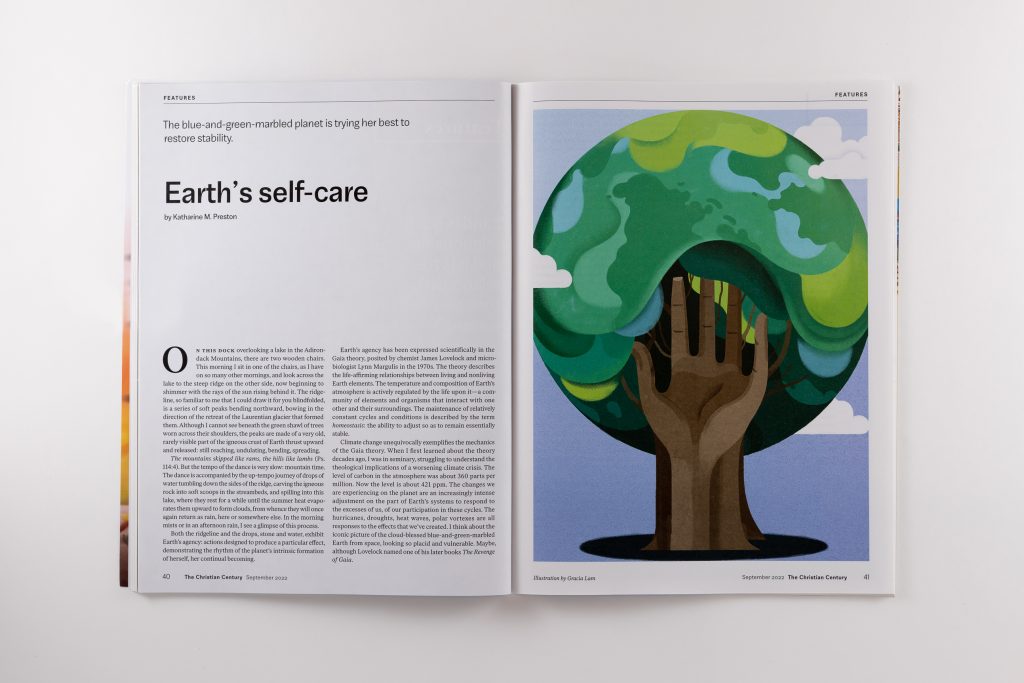 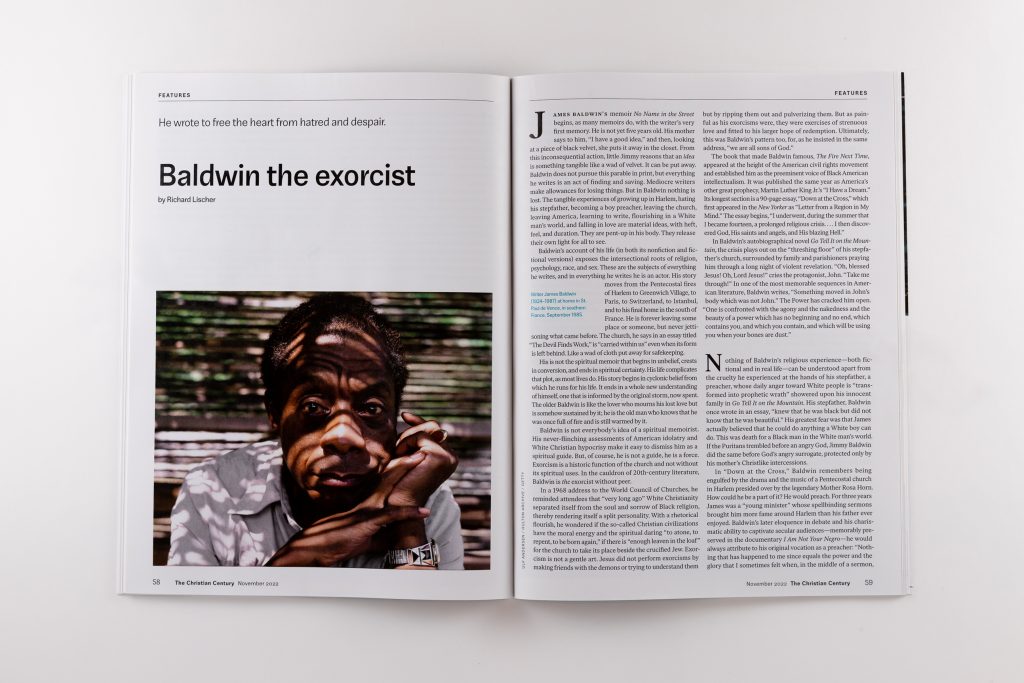 About The Christian Century

The Christian Century is a progressive, ecumenical magazine based in Chicago. Committed to thinking critically and living faithfully, the Century explores what it means to believe and live out the Christian faith in our time. Founded in 1884 as the Christian Oracle, the magazine took its current name at the turn of the 20th century. In 1963, the Century was the first major periodical to publish the full text of Martin Luther King Jr.’s “Letter from Birmingham Jail.”