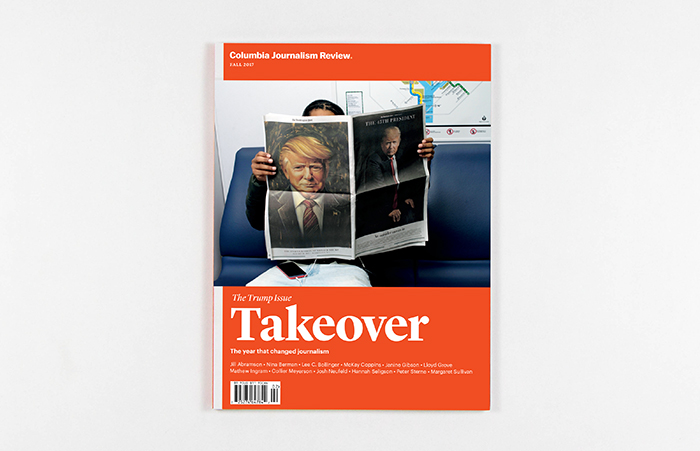 The recognition was for CJR’s  Fall 2017 “The Trump Issue” in the Single-Topic Issue category, which honors print magazines that devote an entire issue to the comprehensive examination of one subject. Point Five designed and art directed the issue.