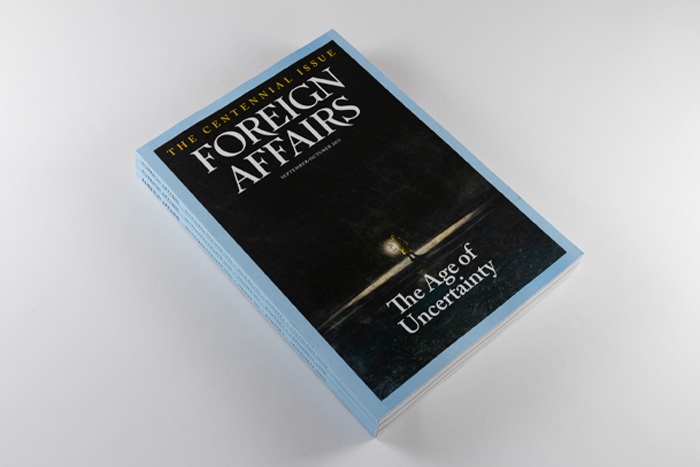 Since its founding in 1922, Foreign Affairs  has been the leading forum for in-depth analysis and debate of foreign policy, geopolitics and international affairs. To celebrate the magazine’s 100th anniversary this year, we were asked to undertake a design refresh to propel the magazine into its next decades while honoring its rich history.

We reviewed the entire archive of past designs, honing in on the history of the iconic logotype. We collaborated with the brilliant typographers at Commercial Type to redraw the masthead, drawing on distinctive elements from past versions, but modernizing it for contemporary print methods and aesthetics.

In the interior, we focused on streamlining the structure of the magazine for a more elegant, considered read. Working with the editorial team, we reconfigured the magazine to be more flexible and allow for a wider variety of content types and story packages. We introduced tools to orient readers throughout the magazine’s arc. 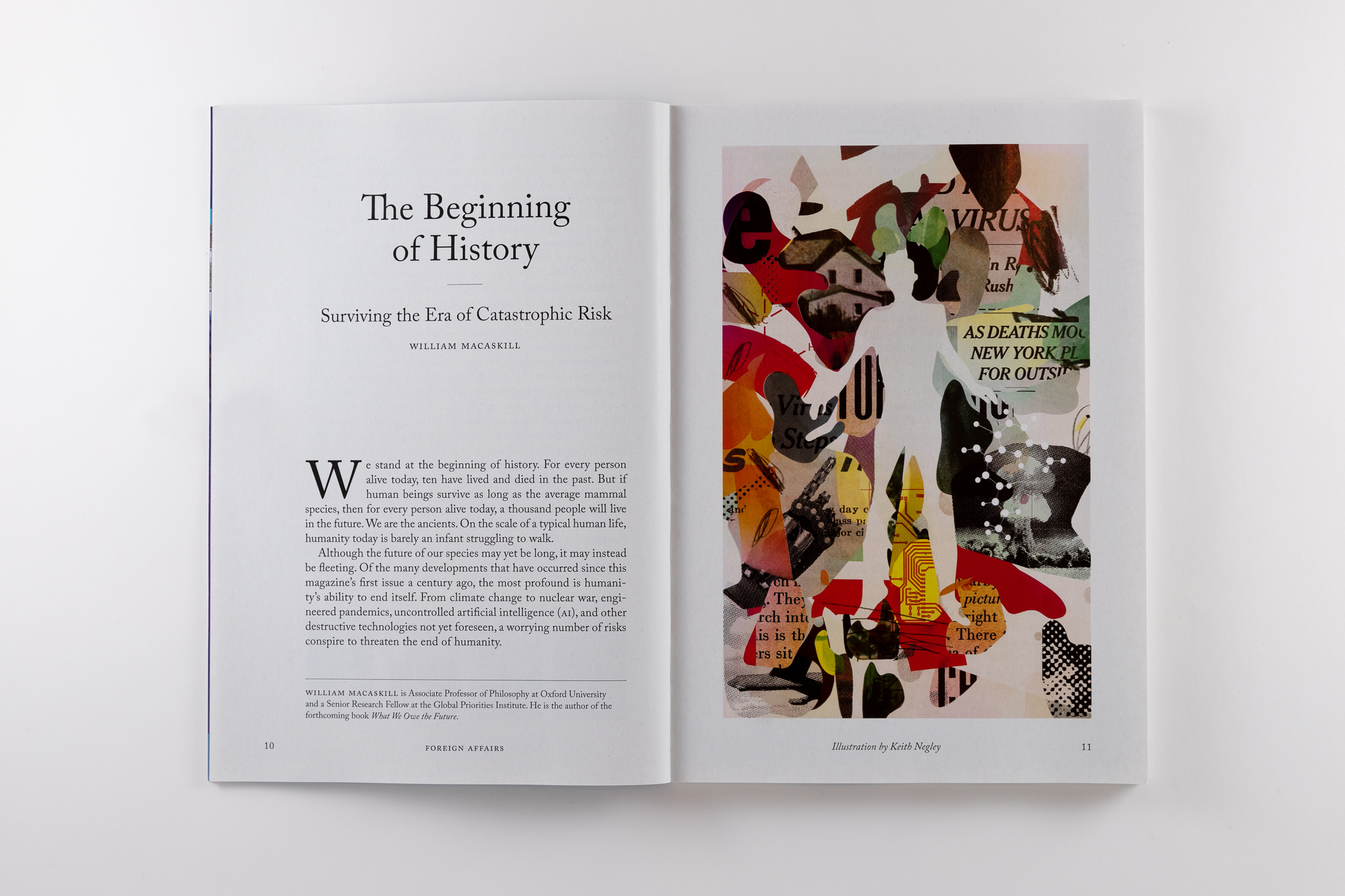 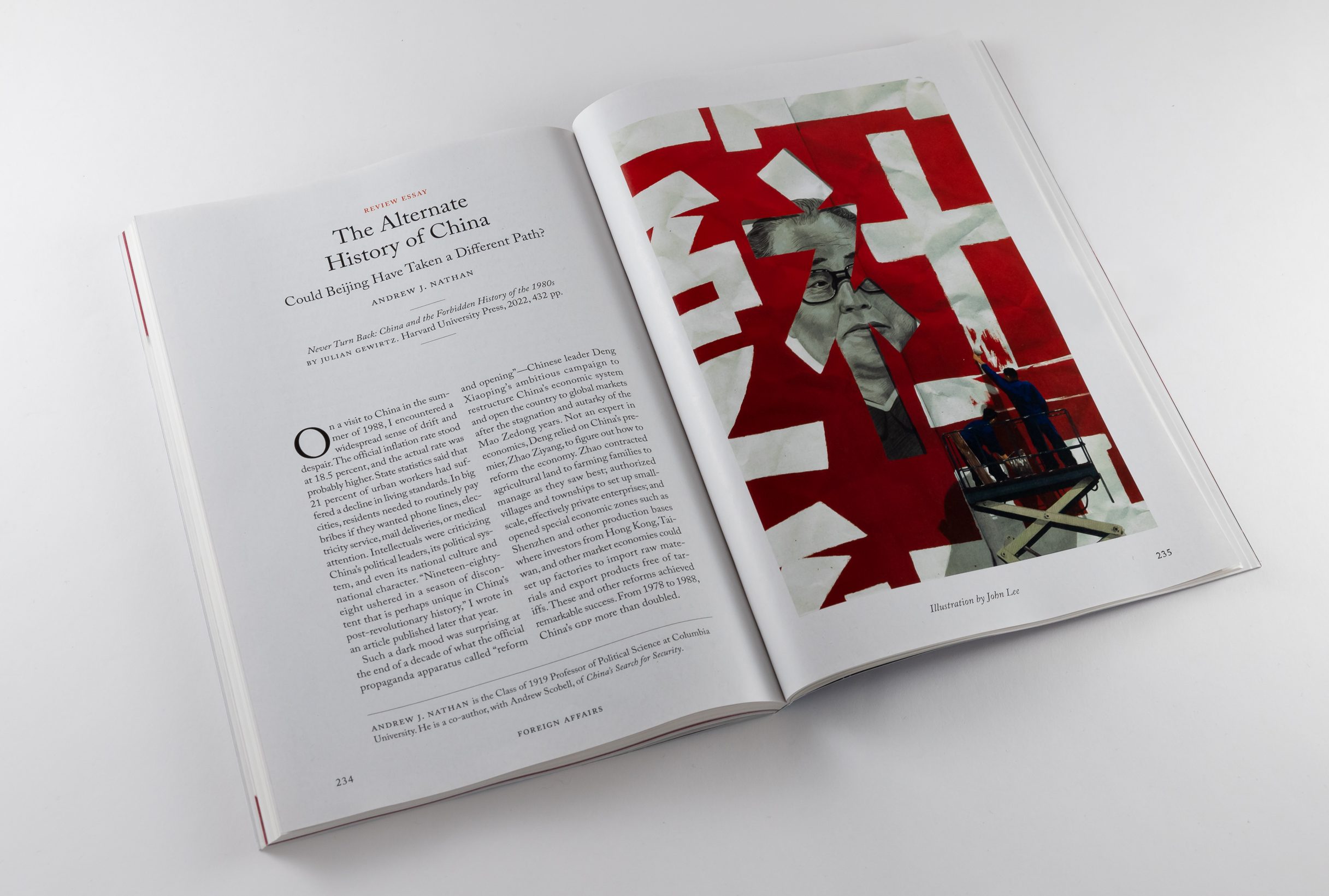 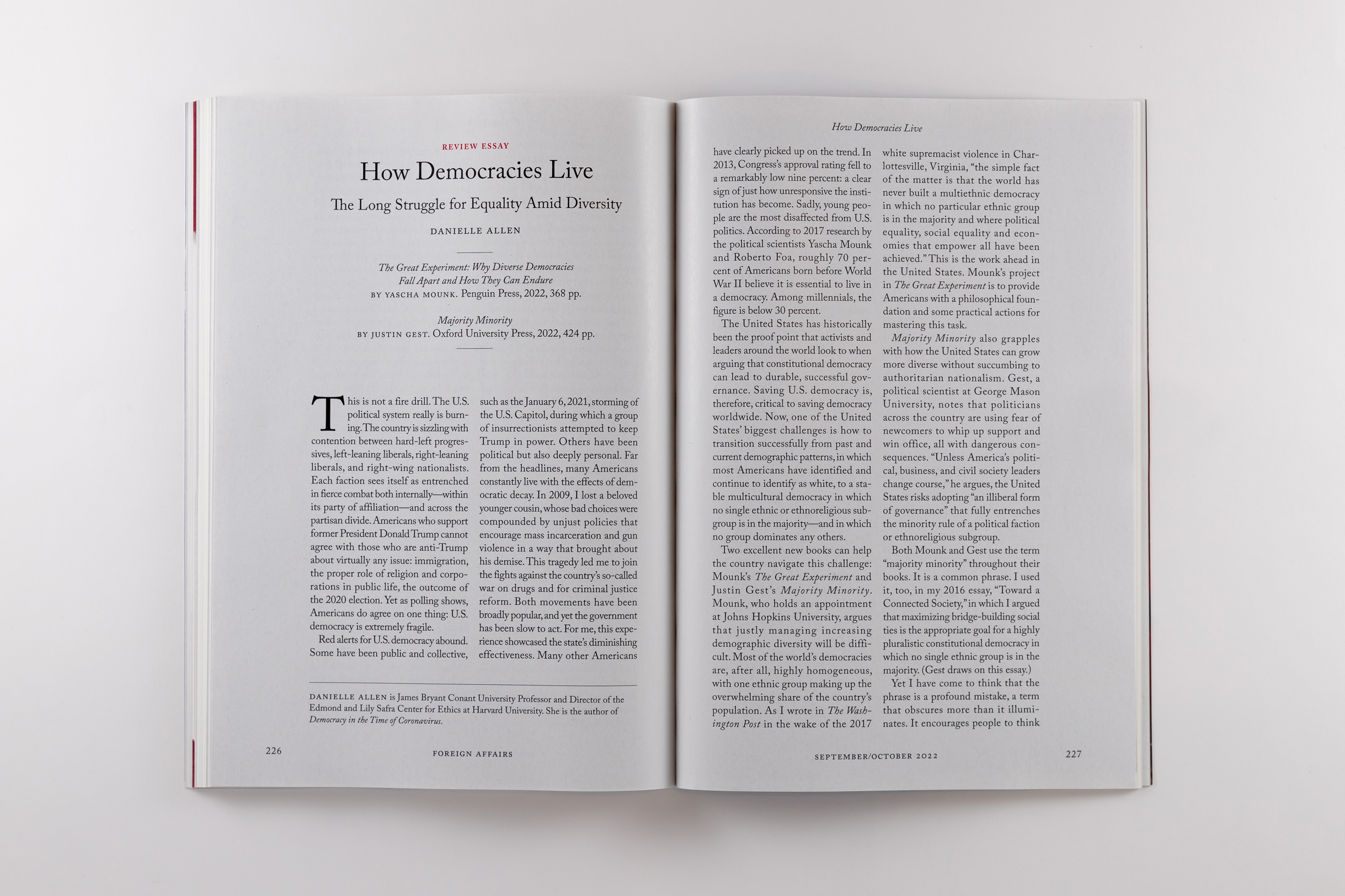 With updated typography and a balanced use of white space, the refreshed look evokes sophistication and expertise, while feeling more accessible. The magazine communicates confidence and steadfastness, remaining true to its legacy.

Since its founding in 1922, Foreign Affairs  has been the leading magazine for in-depth analysis and debate of foreign policy, geopolitics and international affairs. It is published by the Council on Foreign Relations (CFR), a non-profit and nonpartisan membership organization dedicated to improving the understanding of U.S. foreign policy and international affairs through the free exchange of ideas.